I ran across this cool, vintage hand-drawn ad for the Palitoy (Kenner) Darth Vader Tie Fighter on Facebook today.  So, I thought I'd share.  Hopefully, you will see more substantial posts from us in the near future. 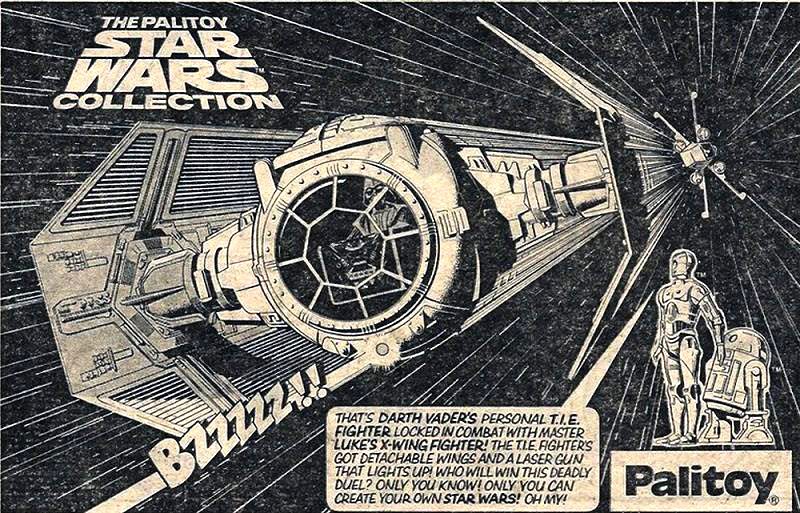 May the 4th Be With You! 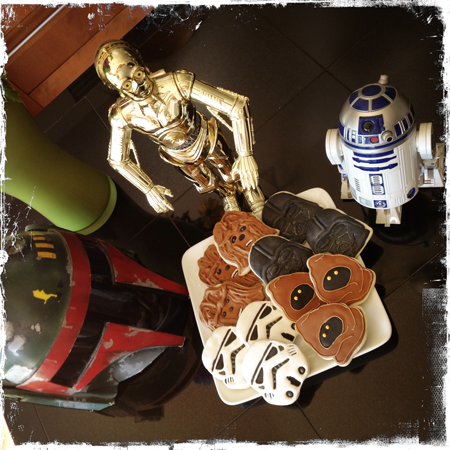 To me May the 4th is so much more about sharing Star Wars with people than hunting down the latest and greatest Star Wars deal online or at an event. I like to make my own events. Usually we bake some Star Wars themed cookies and talk about the movies, or we might put up the movie screen and watch Star Wars in the back yard, almost like being at a drive in. For the record I still call A New Hope, Star Wars, always will.

I'm not saying that you shouldn't go out and pick up the latest Darth Vader or Yoda, but also just enjoy the day with people, family, and friends!

So to you our faithful readers and my fellow ASWB bloggers, May the 4th Be With You and STAR WARS!!!

Email ThisBlogThis!Share to TwitterShare to FacebookShare to Pinterest
Labels: Charles, May the 4th 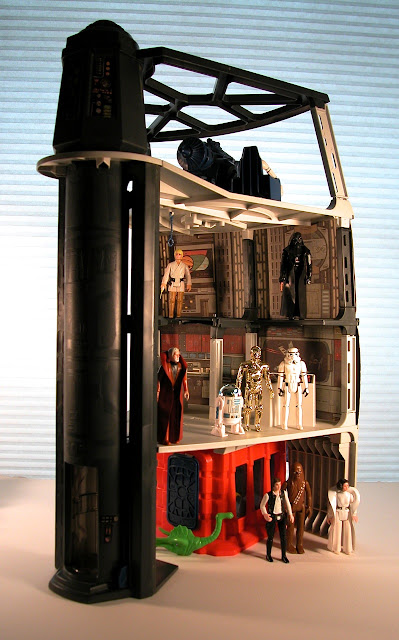 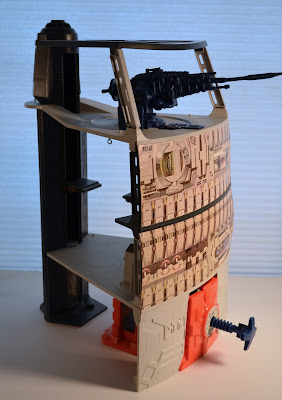 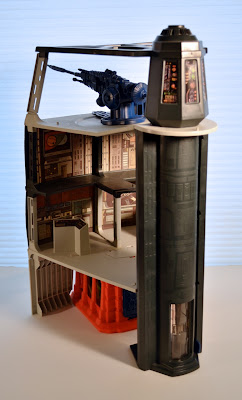 Many kids wanted this playset and many got one.  I wasn't one of the lucky ones (my brother was) but I yearned to have one for myself (yes, yearned).  I had seen one in commercials and in the promotional booklets that came with Star Wars vehicles.  As an adult, I ended up adopting my brother's set, though, and I've repaired and replaced pieces to have a complete, working set.

This is a great playset that features many scenes from the film. 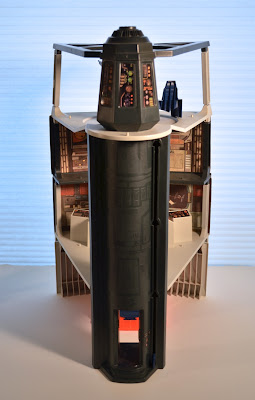 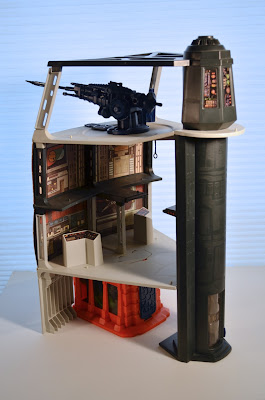 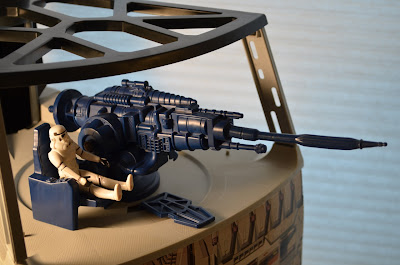 Starting with the top floor, the Death Star features a turning, movable gun cannon turret with a chair for an operator to sit and blast those stinking Rebels out of the sky.  The entire gun is spring-loaded and jumps off it's base to simulate being "hit" by laser fire when you push the lever on the floor in front of it.  Bang!  It leaps from it's base and falls on it's side.  Take that Empire! 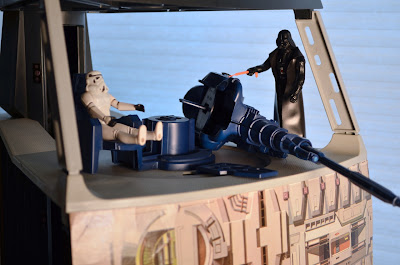 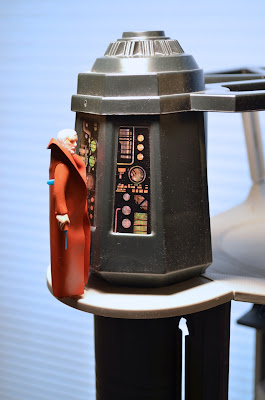 Behind the cannon is the top-floor elevator that can transport figures to any level of the playset.  The outside of the elevator is designed to mimic the platform and tractor beam controls that Ben Kenobi had to inch himself around to disable. 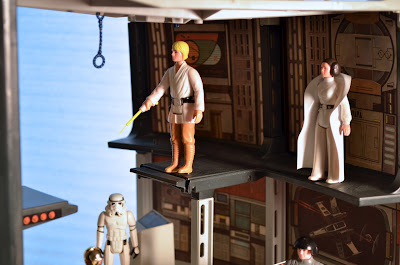 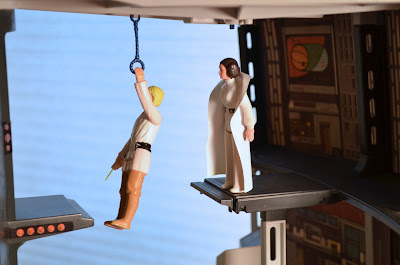 The next floor down simulates the portion of the Death Star where Luke and Leia get trapped on one side of a broken drawbridge over a deep Death Star cavern.  A "rope" is included for Luke and Leia to use to swing to safety.  The drawbridge extends and retracts manually for the times when your figures don't feel like swinging.  The manual elevator also stops at this and every other floor. 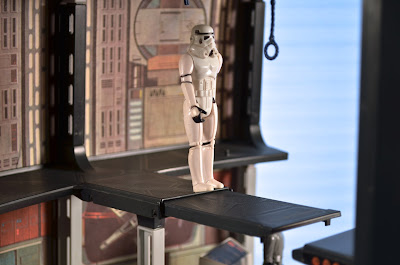 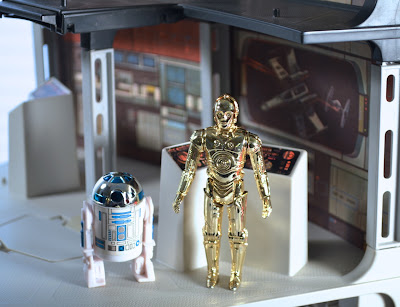 The next floor down (second from the bottom) houses two Death Star control decks for figures to stand at and operate the going-ons of the Death Star.  The cardboard panel behind the decks shows a view screen that shows the intense X-wing and Tie Fighter battle that is raging just outside the cardboard (You'd think the Emperor would have a bigger budget for bullding these things). 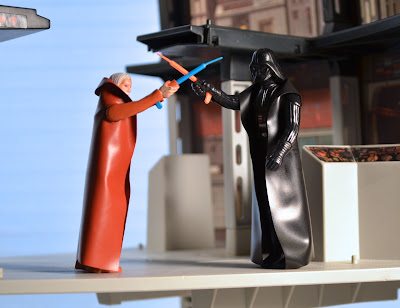 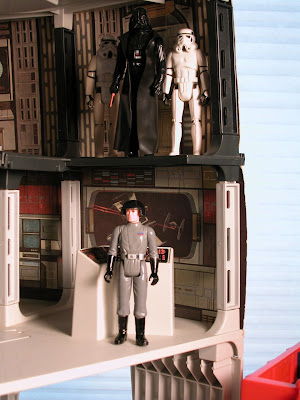 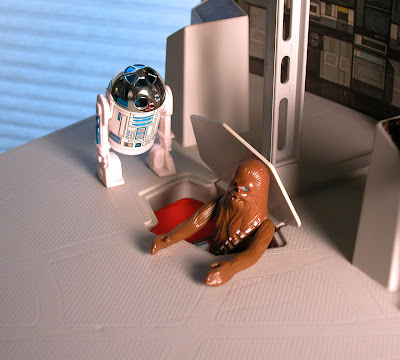 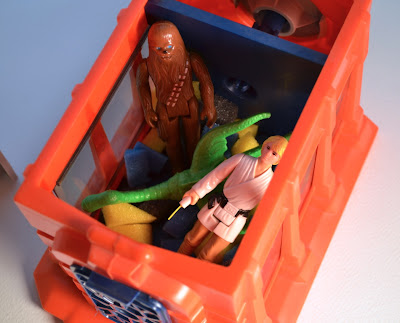 The Trash Compactor!  This is the feature that probably excited kids the most.  The bottom level houses a removable trash compactor complete with foam garbage and the green, tentacled trash monster.  He's made out of rubber and doesn't sport any articulation but he's a very cool addition to this set. 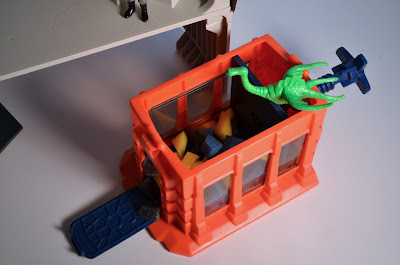 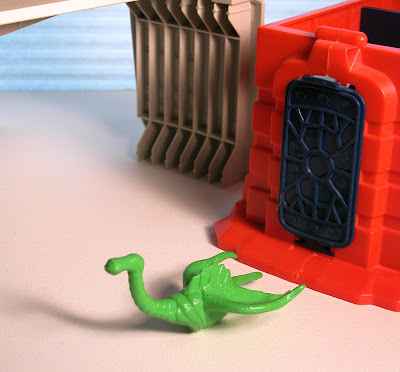 The compactor features a crank on the outside that, when turned, pushes the outside wall closer and closer to the magnetically-sealed (not really) front door.  When enough pressure builds up, the door usually pops open and allows our heroes to escape!  Who needs 3PO when you've got pressure and foam chunks?! 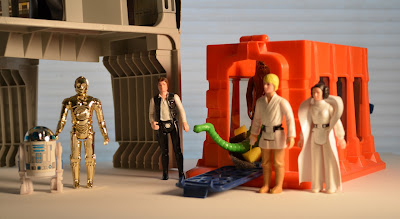 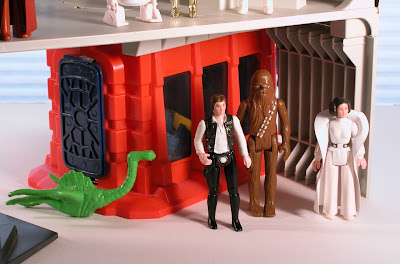 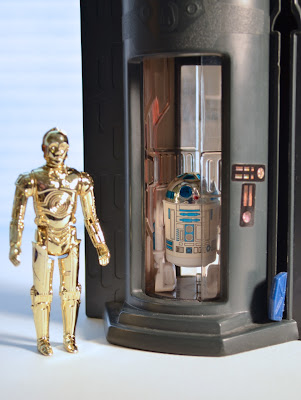 As neat as this set is, it was made a bit cheaply.  Playsets produced for action figure lines in later years were of, generally, higher quality. The plastic used for the Death Star is somewhat thin and brittle and it incorporates thin cardboard panels for the outside walls.  Nonetheless, this set was a blast and kept many kids entertained for hours and hours.  Despite it's fragility, this is an iconic Star Wars toy that is remembered through the warm haze of nostalgia by many, many former children.  I can hardly believe that this toy was introduced 35 years ago! 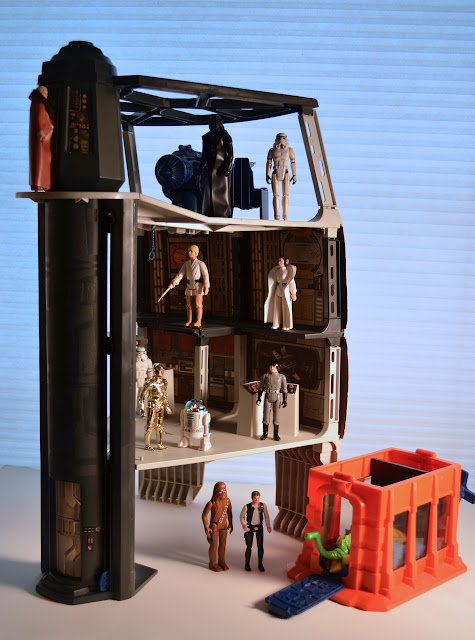 If you can find one of these in complete or near complete condition, I'd recommend picking it up.  It makes a great display for your vintage figures and even looks great packed with Hasbro's current figures. 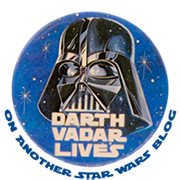